Gloria (the WeirdFish Lady) is an author, international speaker
and advocate of the ocean environment. 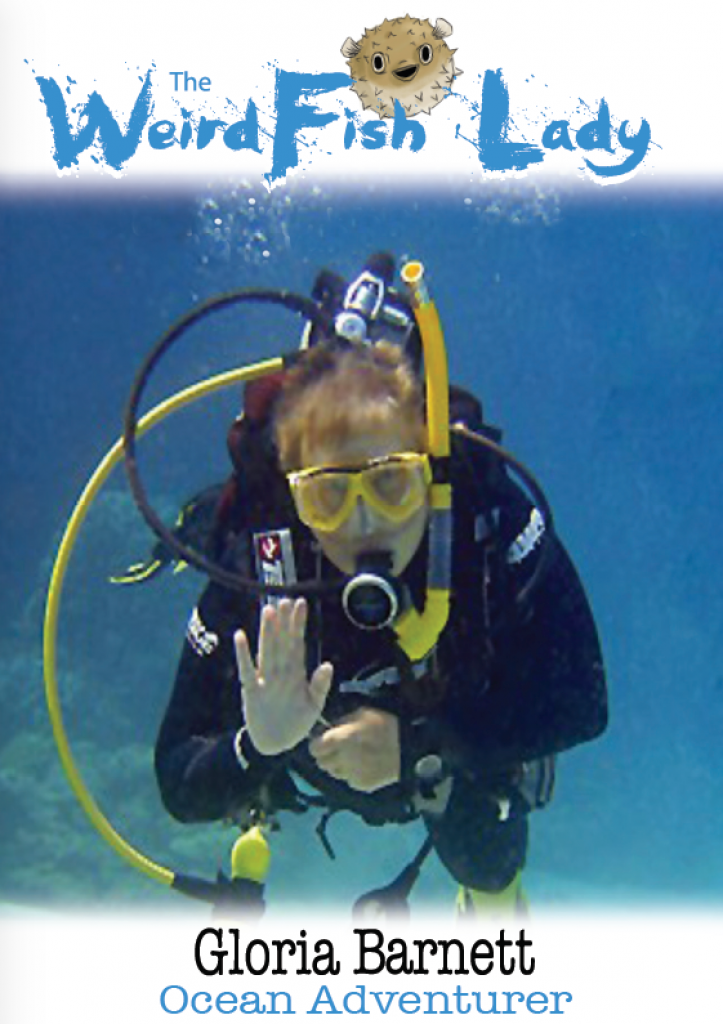 ‘My love of the sea comes from travelling around the world exploring our planet’s oceans.

Diving with my video camera has brought me face to face with the underwater creatures I talk and write  about.

My mission is to help people of all ages understand the amazing  world of oceans.’ 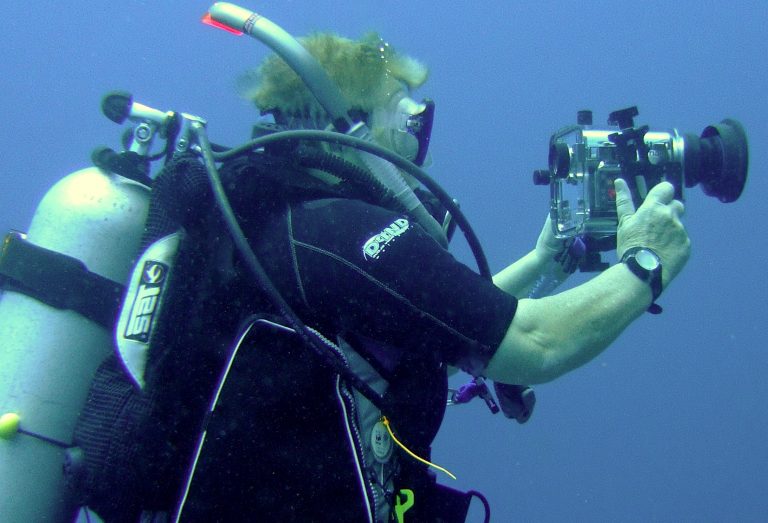 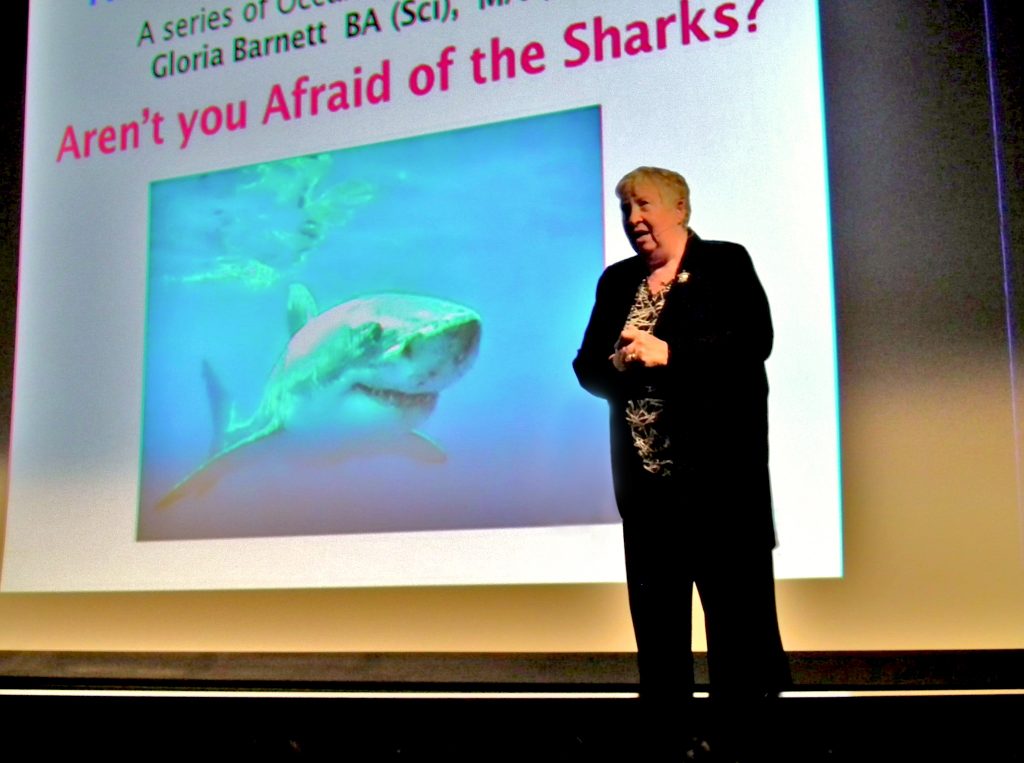 In these strange (Covid 19) times I am not appearing on stage, entertaining cruise passengers around the world.

I am however, undertaking zoom appearances!

In the past few months I have spoken by zoom to audiences all over the world.

My talks are ‘educational and entertaining’ – in the style of an ‘Insight Lecture’.

My recommended talk lasts for 40-45 minutes and includes original film clips of underwater life but I can adapt my talks to be time/length variable.

There are four elements to my talks.

a) interesting and fun information about oceans and what lives there

d) original underwater film clips from around the world

If you have an organisation which is looking for a professional speaker on the subject of ‘Oceans’ then please contact me.  (See the contact page).

If you wish to join in with any zoom meeting below – just contact me and I can arrange for you to visit the organisation and hear me speak!

‘Gloria is a passionate and well-informed champion of marine conservation. She is an ocean adventurer, scuba diver, film maker, scientist and an educator who has recently turned her hand to writing books for children, young and old. Her exciting stories are aimed at helping young people to understand the issues that threaten every one of us, as we all depend on an unpolluted ocean environment.

Many young children in the UK  affectionately know her as ‘The Weirdfish Lady’ due to her primary school workshops, assemblies, talks at parent evenings and her published teaching resource material.

Apart from her writing, Gloria has shared her message to a number of interested groups as an international speaker. Her presentations and books are based on her underwater encounters in seas around the world. She has swum with sharks and been attacked by an angry Titan Trigger Fish in the Red Sea,  got stung by a jellyfish in Indonesia and fought off a deadly Sea Krait (sea snake) in the waters off the Philippines. She has also amassed an extensive film footage and stories of gentle, strange and amazing sea creatures who live above and below the surface.’ 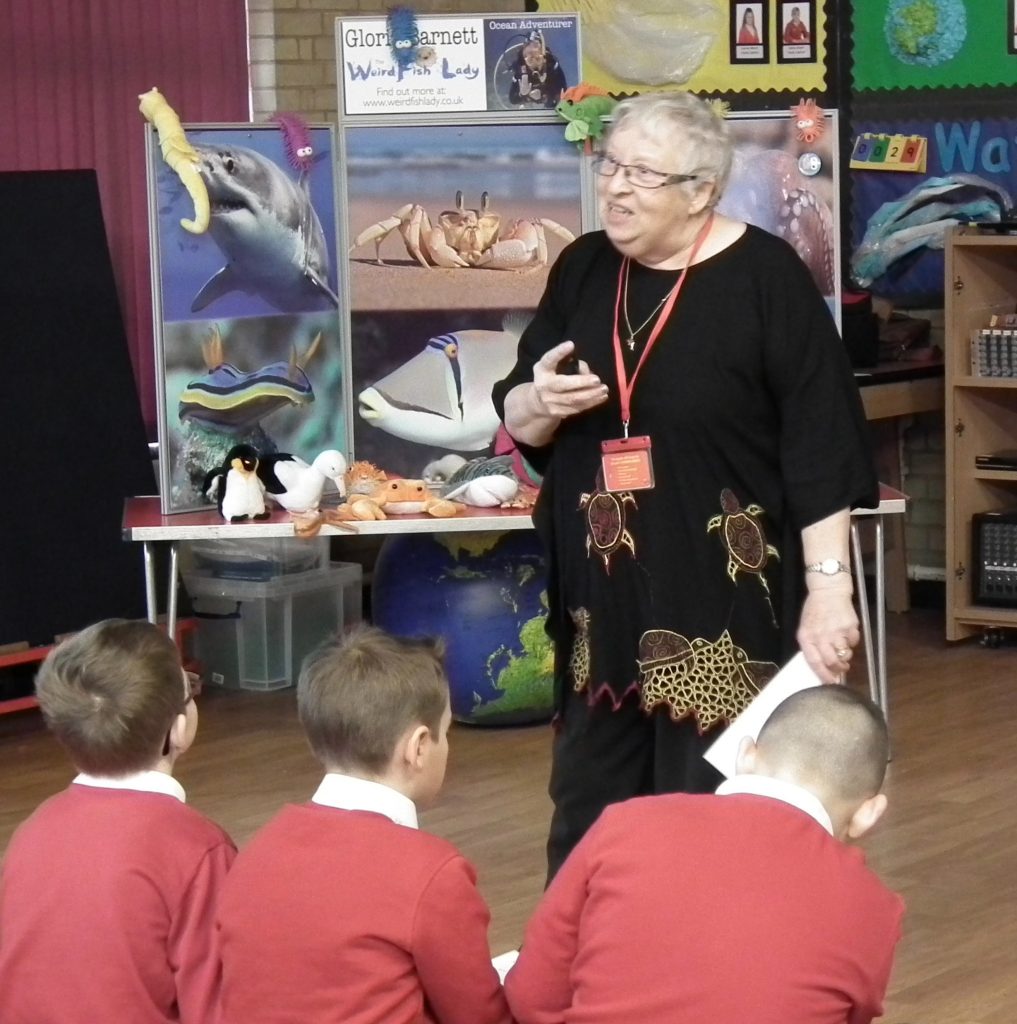 That was fabulous – thank you so much!  All the comments after you left were 100% positive. Your talk made a great impact on members and visitors who joined us for the talk. (Sue)

Thanks for a brilliant presentation last evening.   My WhatsApp nearly exploded immediately afterwards with appreciation. (Clive)

Thank you for such a fascinating presentation last Wednesday! The club members I’ve been speaking to since really loved it – as did I of course! (David) 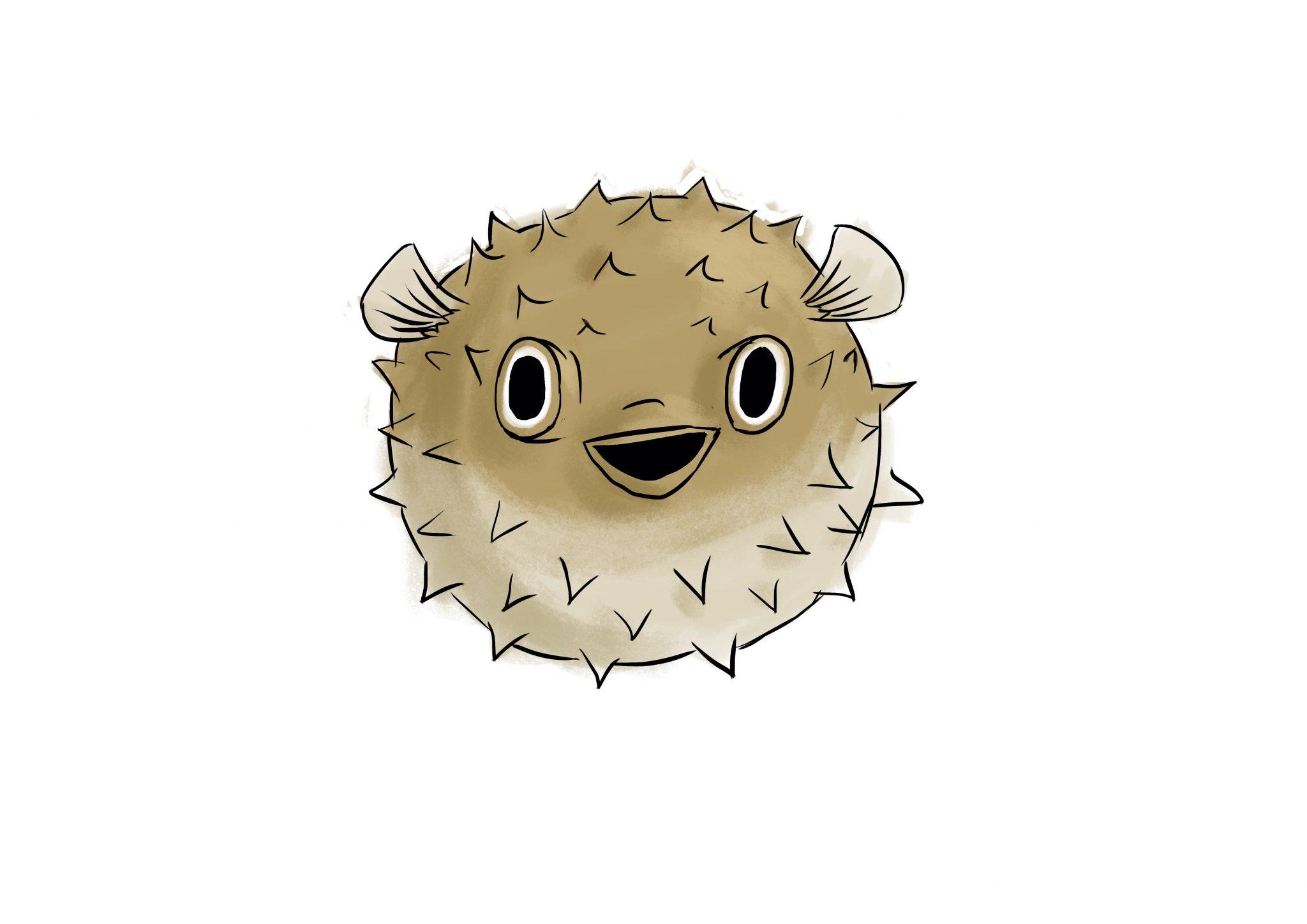 This website is fairly new but we will be

adding lots of information about oceans every week.’

If you’re looking for resources about Oceans – then go the Teachers’ page on this website.

Need to ask a question about Oceans – then go to the ‘contact me button’ and ask. You can get your pupils involved too – and get them to ask questions.

A recent question from an 11 year-old was ‘Are all Sharks Dangerous?’

‘There are over 370 different species of shark in our oceans. Only three are really dangerous to humans – most of them are just pussy-cats!  Be aware of swimming in new areas of the world, ask the locals and if  warning flags go up – get out of the water.

Remember, Oceans are the shark’s territory – its home!

It is not a natural human environment.

Please don’t go cage diving with Great Whites – this is only training these incredible creatures to associate food with humans – and can lead to future problems.’ 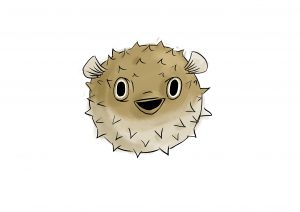 Gloria is always busy.  Book Two of the ‘Lucy Morgan Adventure Series’ is now in the hands of the publisher and should be available in the next couple of weeks.

I’ll tell you all about it soon!

The excitement is mounting …

Meanwhile, Gloria is writing my book  – ‘Prickle the Puffer Fish’ –  at the moment, but hold on to your excitement –  we have some other books already published that you could read right now.

We presently have three books available to different age groups

to help everyone understand the importance of protecting Planet Earth and its Oceans.

Little people can fall in love with the ocean creatures.

Older children can read about the ocean environment in adventurous stories.

The non-fiction book gives you facts about oceans. 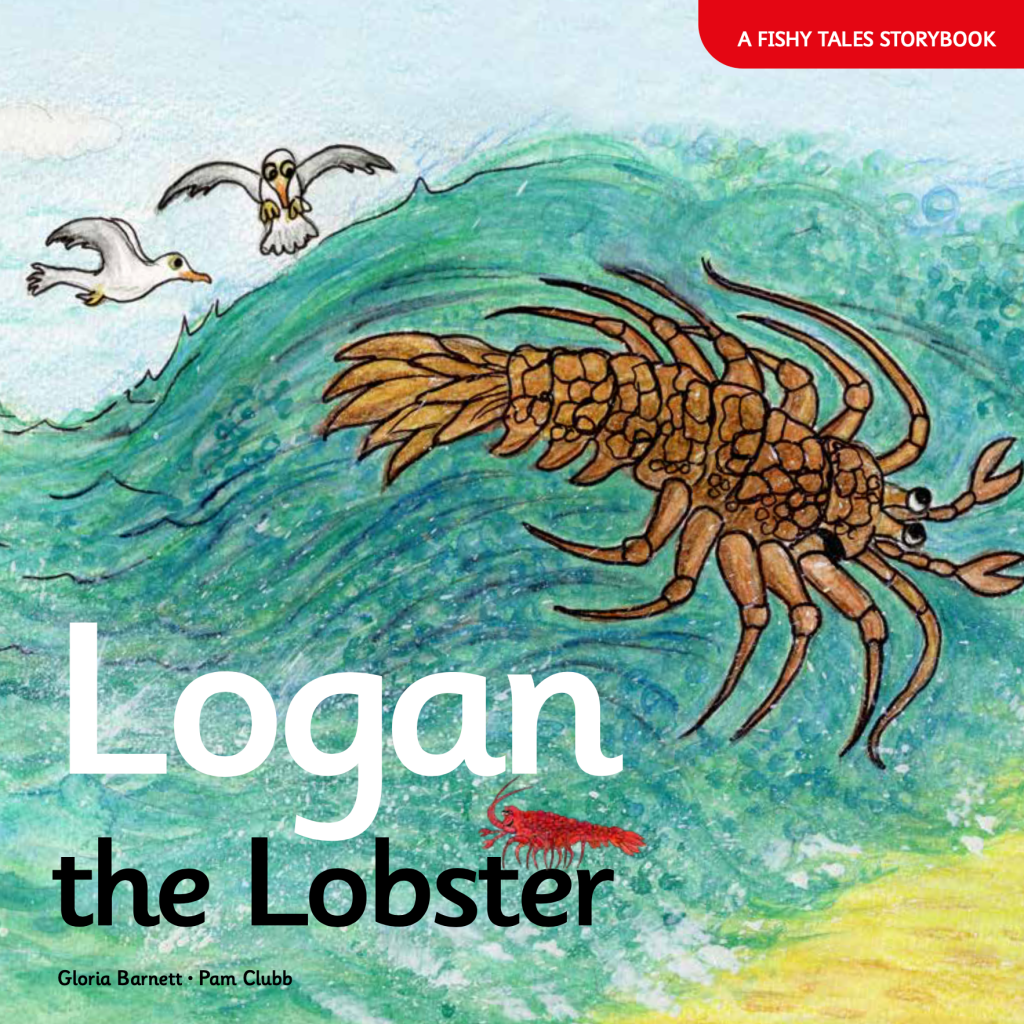 The Fishy Tales series are written for parents to read to younger children or for children starting to read for themselves. 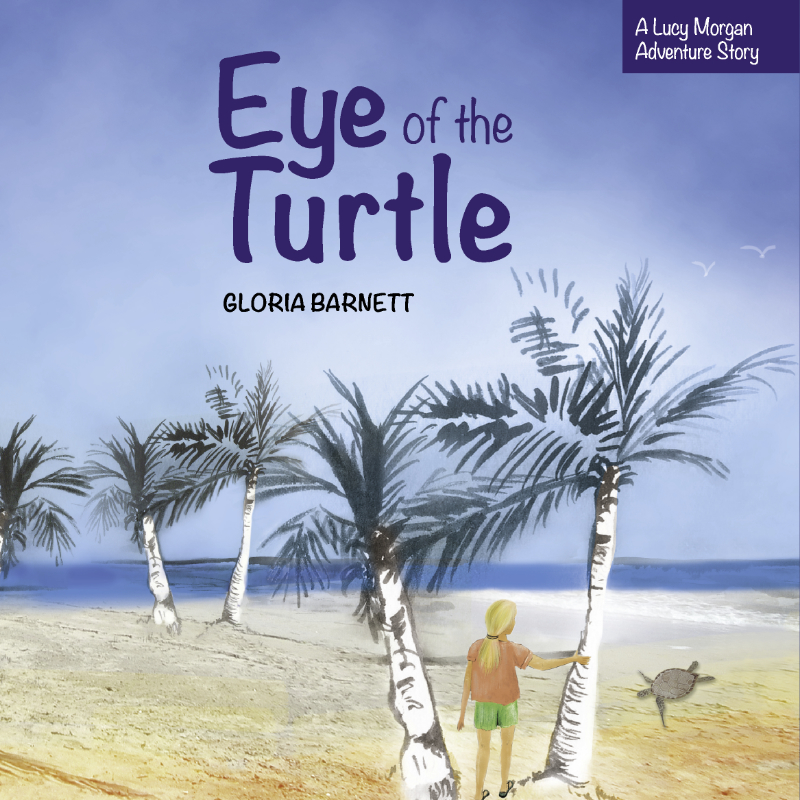 Lucy moves from London to the Caribbean and discovers incredible marine life in the dangerous world beneath the waves. She begins her mission to save them from harm. 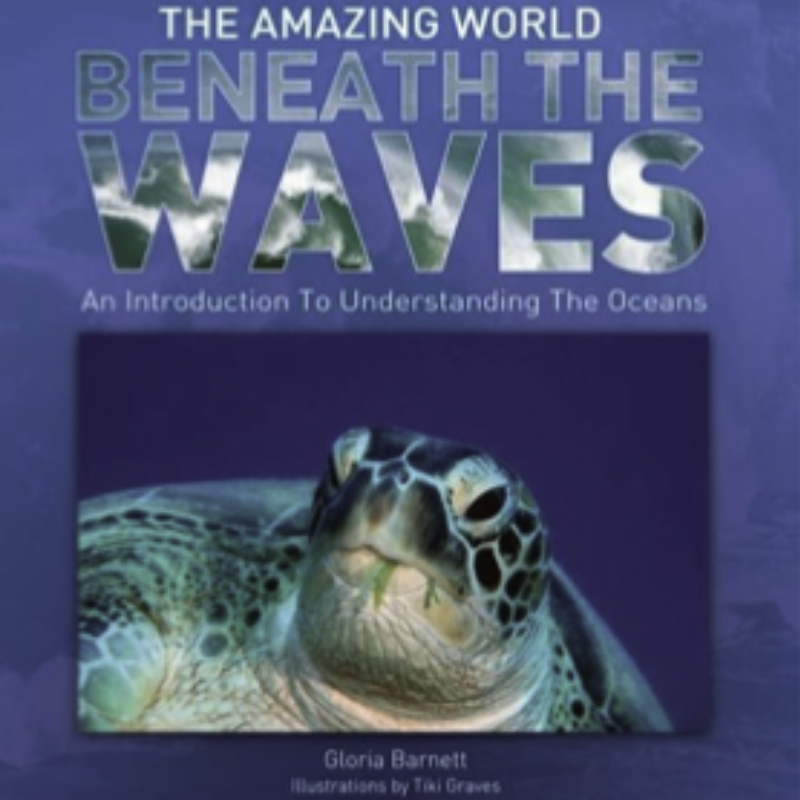 This guide to our planet’s oceans, explains in accessible terms our fascinating underwater world.       A non-fiction book for home or school

Go to the bottom of the Books page for information on how to buy in bulk for schools.

One hundred and twenty copies of ‘Eye of the Turtle’ books are going to Year 6 Primary School pupils in Kent as leaving presents.

This is the first book in the series of ‘Lucy Morgan Adventure Stories’ for ages 8-12 – but note this book  is ‘different’ – it’s an adventure story  with a twist. You can learn real scientific facts  and understand more about keeping the oceans healthy, as well as reading a really good adventure.

Thanks to the Rotary Club of Chestfield for gifting these to help children understand more about the ocean environment. 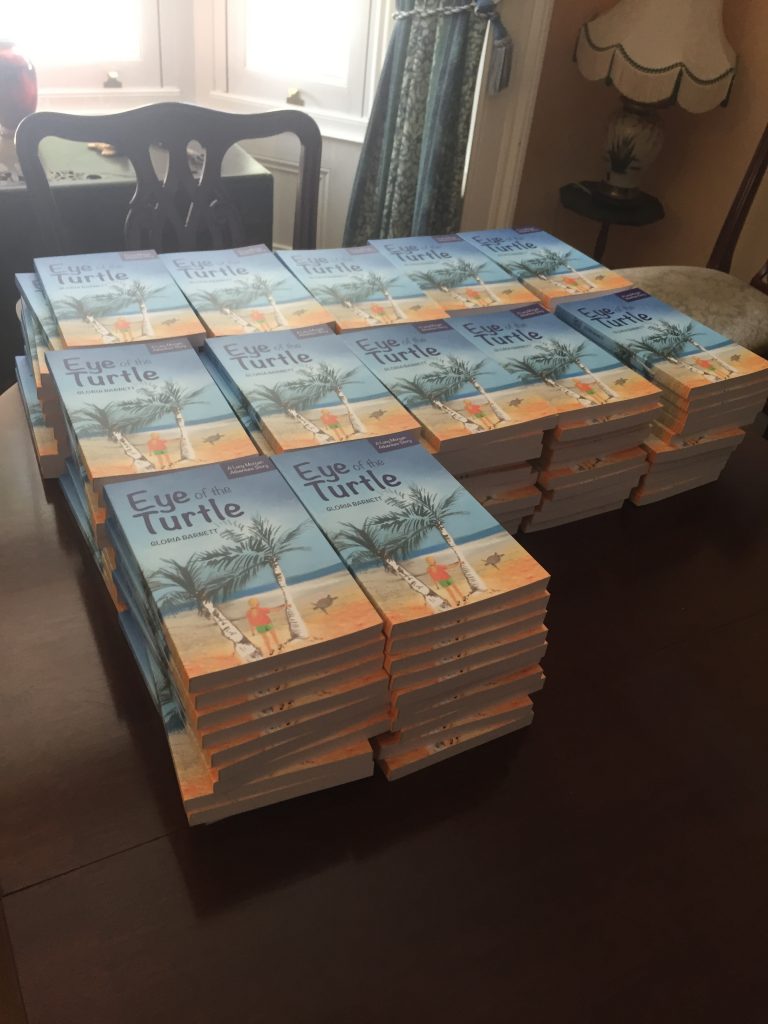 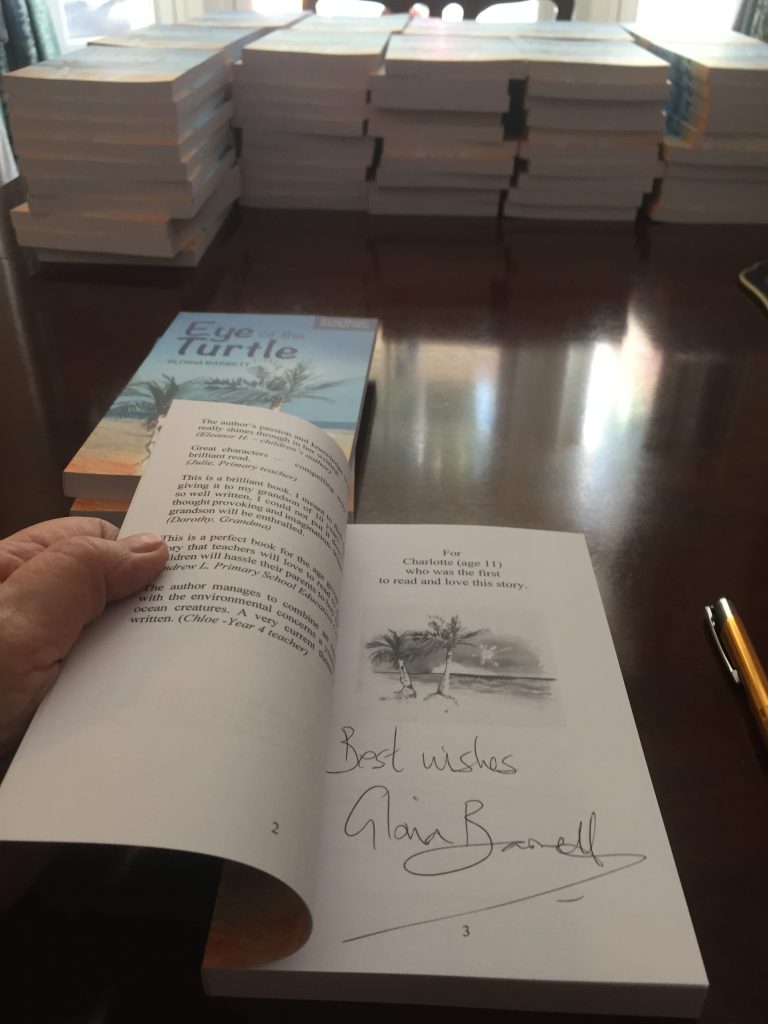 A big thank you to the Rotary Club of Pontllanfraith in Wales for purchasing twenty-two ‘Eye of the Turtle’ books for local Primary School libraries.

‘helping to educate young people about the ocean environment’

Here are some interesting facts about Coral Reefs. 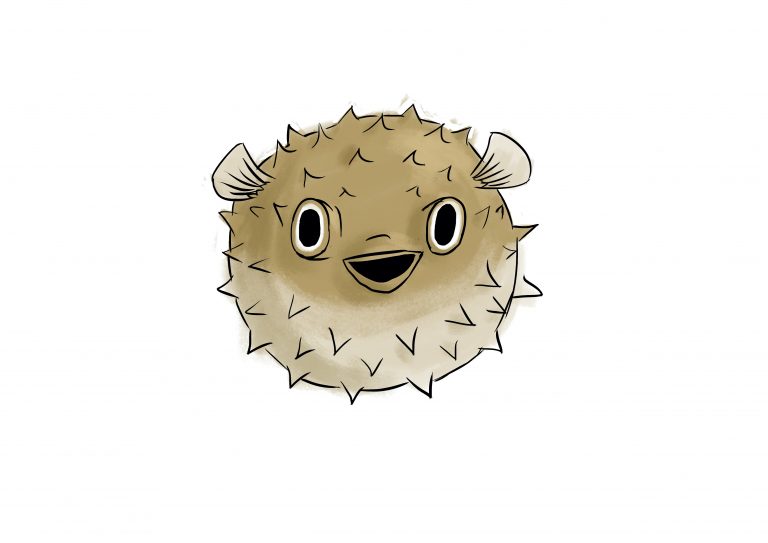 – so here’s some information on coral. 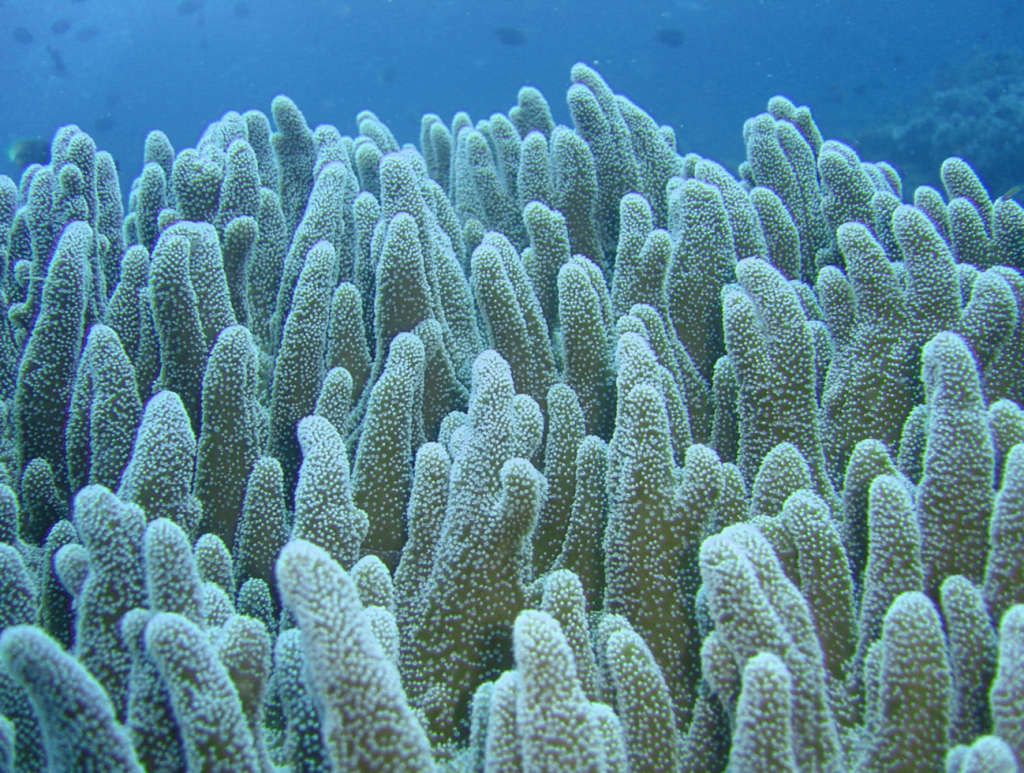 Sign up for my newsletter to keep up to date with all my latest news.

I’ve just been reading all about sewage – it’s disgusting!

Can you help clean up our Planet?? 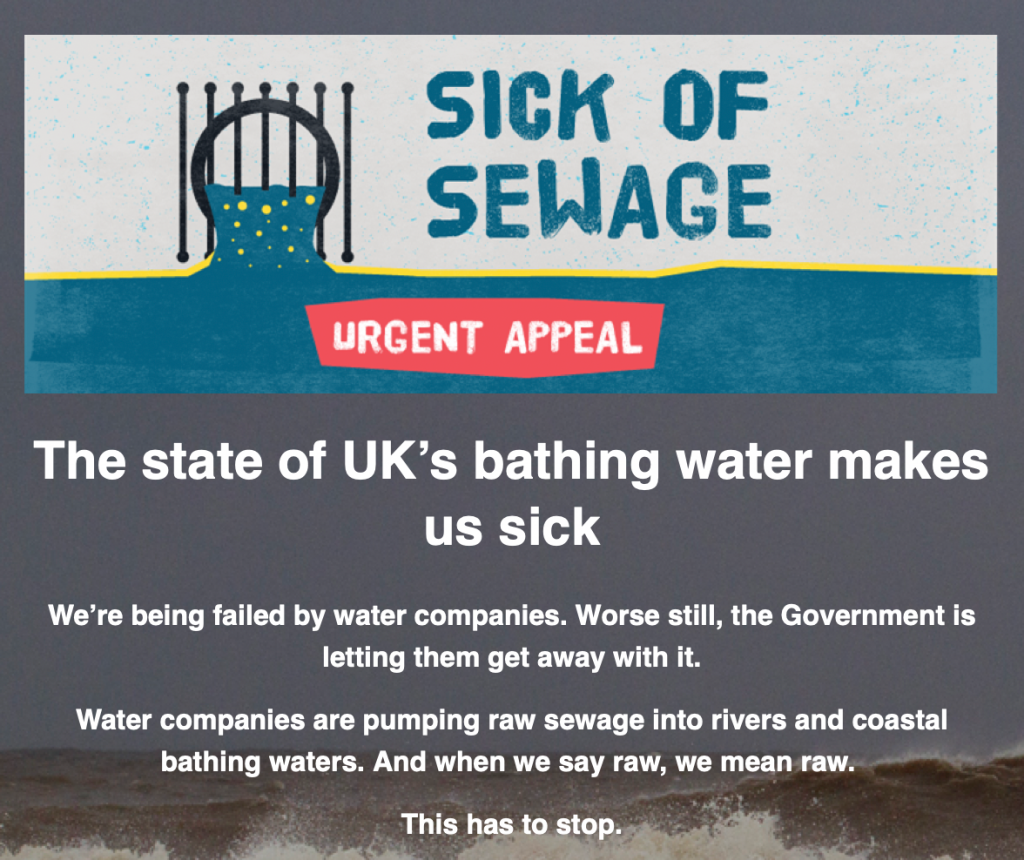 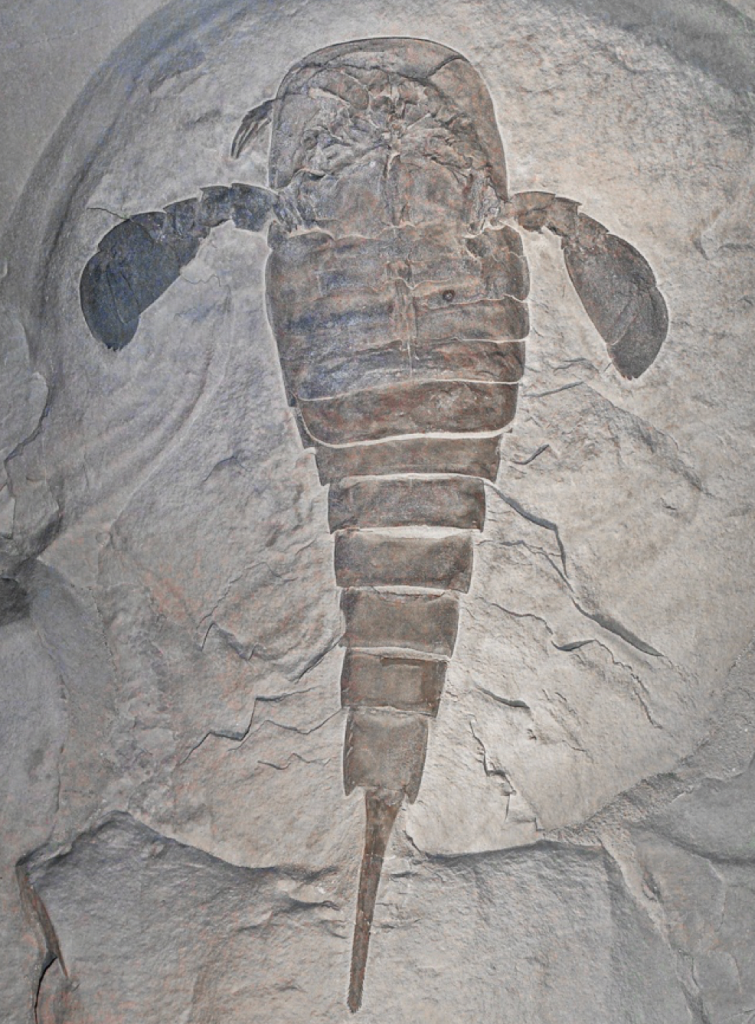 Incredibly large Sea Scorpions once hunted in the ancient seas around Australia.  Some of them were giants compared to humans.

A long time ago in Earth’s history between 500 million and 250 million years ago, animals with exoskeletons (shells on the outside of their bodies – similar to present-day crabs and lobsters) were exploring the seas.

Some of these creatures were the largest animals on Earth at the time.

Fossils have recently been found in Australia, of a giant scorpion-like creature over 2.5 metres long (about the size of a modern great white shark).

Luckily humans didn’t exist at that time – so no-one was swimming around in the sea.

Want to read more then go to: