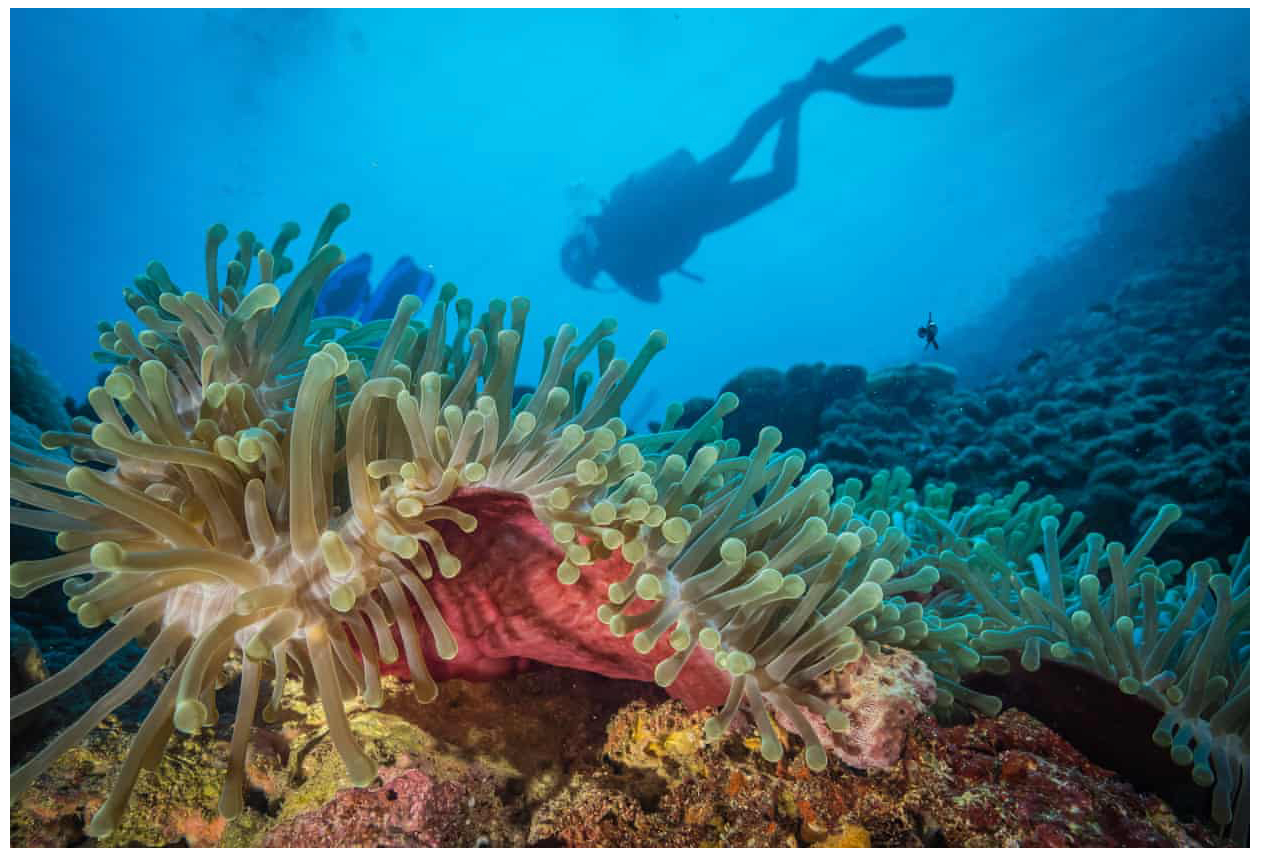 A rare discovery of reef cooled by channels formed during the creation of Kilimanjaro is ‘something to hope for’, say scientists

Coral reef off the shore of Tanzania, where scientists have discovered an area where cool water is protecting marine life.

Scientists have discovered a climate crisis refuge for coral reefs off the coast of Kenya and Tanzania, where species are thriving despite warming events that have killed their neighbours.

The coral sanctuary is a wildlife hotspot, teeming with spinner dolphins and boasting rare species, including prehistoric fish and dugongs. Researchers believe its location in a cool spot in the ocean is helping to protect it and the surrounding marine life from the harmful effects of the climate crisis.

Tim McClanahan, the author of a study on the refuge published this month in Advances in Marine Biology, has been looking for coral sanctuaries in the west Indian Ocean for more than a decade.

“I’m very excited about it,” McClanahan said. “It gives us something to hope for. Some good news in gloomy times.”

Marine biologists are scouring the ocean to find and protect coral refuges – areas where reefs have the best chance to survive the climate crisis.

McClanahan, the lead scientist for the Wildlife Conservation Society, who lives and works in Mombasa, Kenya, said he had an “epiphany” when he realised why the reef was so rich in wildlife. The coastline has the highest density of dolphins in east Africa, and coelacanths, fish once believed extinct, swim in its deep waters. “I thought ‘why are all the animals here?’ And I realised it was because of Kilimanjaro,” he said.

The coral refuge, which stretches from Shimoni, 50 miles south of Mombasa, in Kenya to Dar es Salaam in Tanzania, is fed by cool water from deep channels formed thousands of years ago by glacial runoff from Kilimanjaro and the Usambara mountains.

The cool water appears to protect the corals from episodic warming events like El Niño.

McClanahan put temperature gauges along the coast and used satellite data to monitor them. Then, when there was a warming event, which occur only every few years, he got into the water to see its effects for himself.

Spinner dolphins are among species that seem to be thriving in the newly-discovered coral sanctuary.Photograph: OpenSource

“It turns out there is a long stretch from Kenyan waters into Dar Es Salaam where these warm water events like El Niño don’t penetrate. So the stress killing corals does not penetrate. Outside that area, the corals are bleached and dying. But inside the area, of around 400 sq km [150 sq miles] they retain their colour and their health. They are reds and brown. My research partner likes to call them: ‘happy corals’.”

McClanahan said he has found three potential coral sanctuaries in the western Indian Ocean, but only for this one is the available scientific evidence “pretty strong”.

Part of his research was to examine whether – if fisheries are better managed – the effects of global heating could be mitigated in the ocean.

“Our study shows that while warming waters may devastate surrounding reefs, this area could become an incredibly important sanctuary where marine species big and small will flock to find refuge from climate change,” he said. “If well protected, this key transboundary marine ecosystem will remain a jewel of biodiversity for the entire east African coast.”

Unfortunately, however, the climate crisis is not the only threat to the area’s biodiversity and the newly discovered refuge. Unsustainable fishing continues, and there are future plans for coastal development, including a port in northern Tanzania.

Whenever people talk about climate change they speak as if the Planet is going to be catastrophically changed.

However, this is not the case. The Earth has existed for over 4.6 billion years (that’s a very long time) and over that time the Earth has already changed many times – even at one time being called Snowball Earth – as it was a frozen planet. But Earth, the planet, always survives the different shades of green or blue or white  – and all it takes is time to change its face.

When humans talk about climate change being the ‘end of the world’  … that is not true.  What will happen is not the physical end of our planet … the climate change problems that we are all facing now will not destroy our planet.

However, climate change will destroy all life on Earth!

The understanding that humans are responsible for climate change is often denied but the truth as shown in charts and data produced by top scientists is that the effects of burning fossil fuels are to blame.

Industrial activities from burning fossil fuels have created excess carbon dioxide and heat, changing the climate around the world. Humans are also burning down rain forests and hurling chemicals into the atmosphere in a race for unjustifiable economic growth, putting ‘business’ and money before life.

(Just ask the indigenous tribes of the Amazon.)

Heat, produced by climate change, is destroying coral reefs around the world, will lead to sea-level rises when the polar regions melt and is responsible for hurricane formation. Heat affects human living space and those animals which live on land.

Carbon dioxide, increased by industrial processes, has already been absorbed into oceans, turning them acidic and thus threatening all life in the seas.

All forms of life on Earth rely on oxygen – oxygen produced by photosynthesis. Oxygen in the atmosphere will decrease as plankton in the ocean die due to acidity.

(Did you know that plankton and seagrass produce over 80% of the Earth’s oxygen! Rain forests and plants on land produce 20%)

After humans have gone, it might take a few million years for the Earth to recover from the excess heat and carbon dioxide that have been spit into the atmosphere, but recover it will.  Who can imagine what will happen to the Blue Planet after humans have committed mass extinction for themselves?

Planet Earth will still exist –  but life on Earth  – will not!

Isn’t it about time we thought more carefully about the future of life on Earth and take action to change our lives? 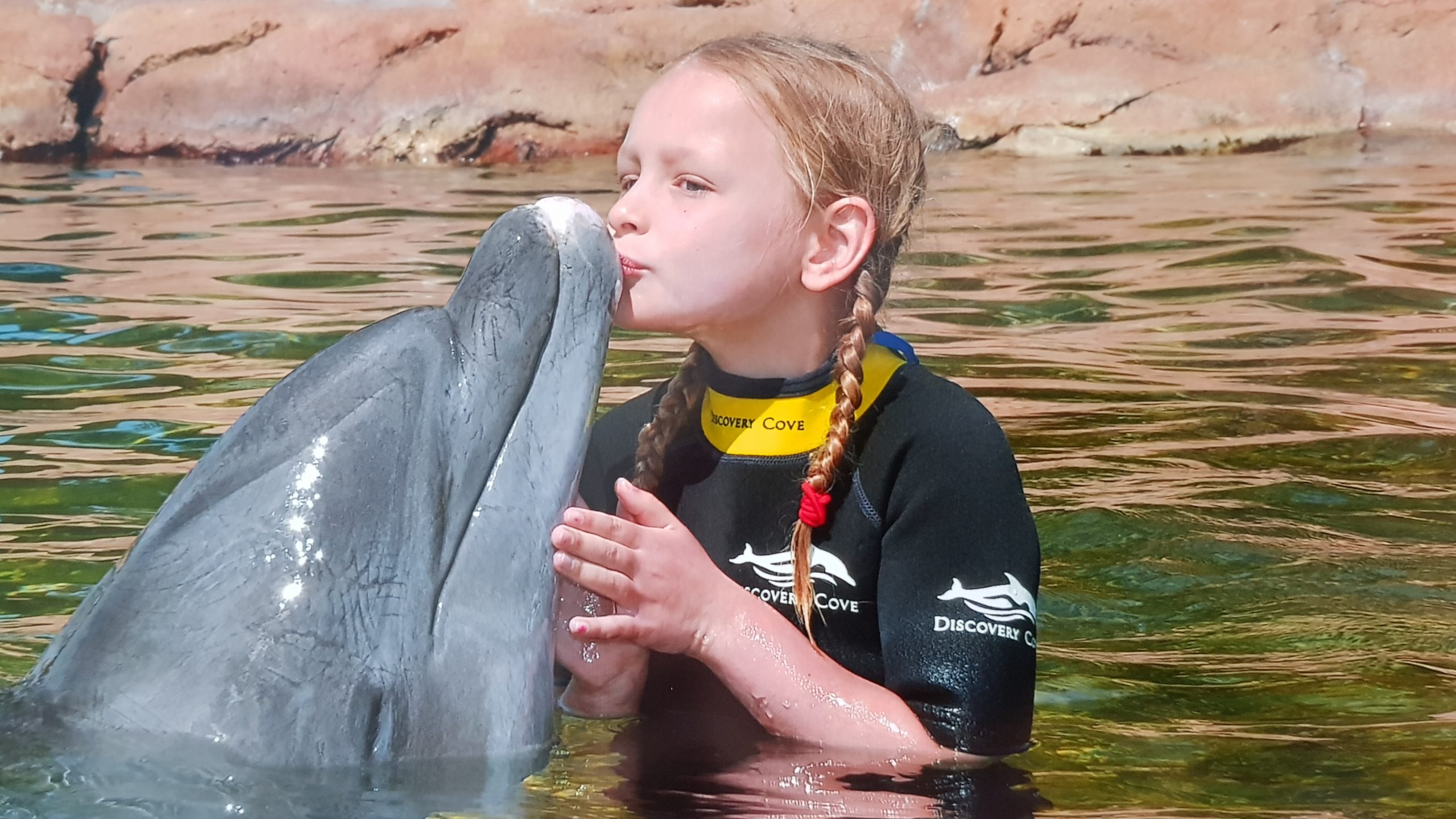 Thanks for letting me review your book. Here is my photo of when I got close to a dolphin a few years ago. It seemed to like me.

We all love Lego – but I don’t think many of us realised the following facts about how long it takes for a lego brick to disintegrate.

A Lego Brick That Falls in The Ocean Could Still Be Found 1,000 Years From Now –

The world’s oceans are awash with millions of tiny plastic Lego pieces, and these toys-turned-pollutants are not going anywhere anytime soon.

New research has found those classic Lego bricks take between 100 and 1,300 years to fully disintegrate at sea, depending on variations in the plastic’s composition and the marine weathering it experiences.

Scientists have just discovered that a jellyfish-like parasite doesn’t have a mitochondrial genome – the first multicellular organism known to have this absence. That means it doesn’t breathe; in fact, it lives its life completely free of oxygen dependency.

This discovery isn’t just changing our understanding of how life can work here on Earth – it could also have implications for the search for extra-terrestrial life.